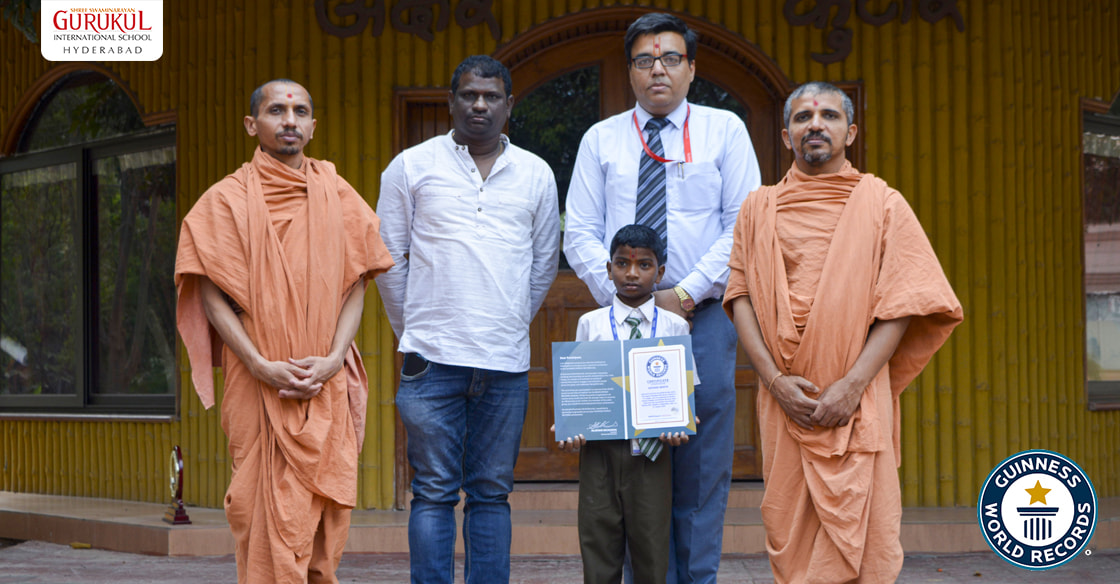 Setting a world record takes skill and effort & breaking a one is worth shivering bones.

For world-class athletes like sprinter Usain Bolt attempting to break a new world record in their respective fields requires a great deal of intense training and unwavering focus. Luckily for the rest of us mere mortals, there are hundreds of other less glamorous records out there begging to be set/ broken by anyone with a pulse.

In continuation to the same, a Gurukulite also performed in the International Dance Festival 2019.Today marks a glorious day in the history of Shree Swaminarayan Gurukul Hyderabad as one of our IV grade student Master Didigam Srihith has been awarded a Guinness World Record certificate on 15 Jan 2020. His achievement is about his participation in the largest Telangana folk dance consists of 474 people and was organized by Shanthi Krishna Vangala and Vempati Shravani under the aegis of Sree Shanthi Krishna Seva Samithi in Hyderabad on 27 Jan 2019. His inspiration was his mother who was also a classical dancer. His father is a businessman who is overwhelmed with this award. 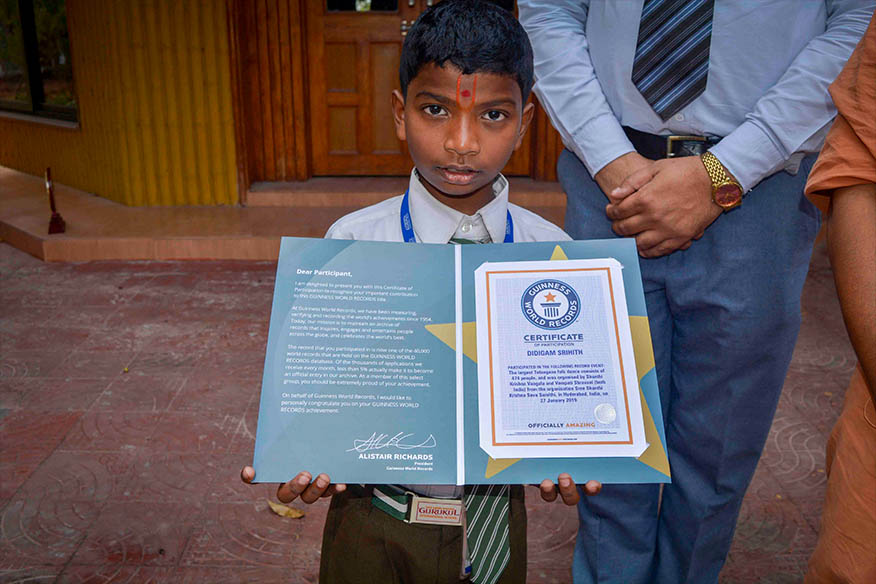 He performed during the Bathukamma festival last year as a participant in a group folk dance in Hyderabad. Bathukamma festival is a floral festival of Goddess Gauri celebrated predominantly by the state of Telangana and some parts of Andhra Pradesh. His achievement is now one of the 40000 world records that are held on the Guinness World Records database.

“The Gurukul saints, teachers & entire Gurukul team has prayed to Supreme Godhead Bhagwan Swaminarayan for his success in future. His father has expressed gratitude towards Swaminarayan Gurukul & saints for raising his son’s capabilities to the next level.”