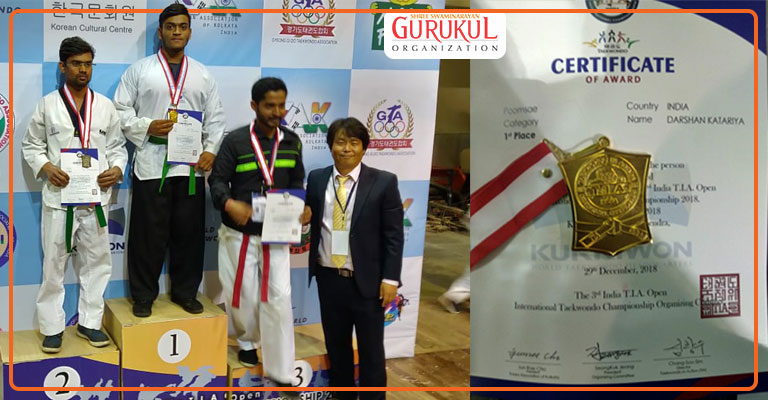 ‘TAEKWONDO’, a combative sport, developed by Korean martial artists, came to the notice of the public in the late 1940s and 1950s. The purpose for them to do this was mainly to modify the ancient sport karate into a new sport known as TAEKWONDO.

Sir Choi Hong Hi, who was a general in the South Korean army, founded the combative sport, Taekwondo. In the later years the sport was known to almost all the people who had already mastered the sport of karate, more people were then curious to know about this sport. As the years passed this sport was popular and was officially recognised by the INTERNATIONAL SPORT FEDERATION. Then in the later year’s different styles and forms of this sport was introduced to the aspirants of this sport, who had the zeal of achieving something big in taekwondo.

This sport has a main discipline, which leads the players of this sport to increase their vital knowledge, self-esteem, coordination of their own moves. This also increases the vital life of the player and gives him a longer life span. The player of TAEKWONDO can be a saviour of his own life, as he would be capable of defending himself in the time of any crisis. TAEKWONDO helps in the players versatile headway. This gives the player the roadmap to build his career in the sport, so that the player could bring laurels to his/her coach, mentor, and his/her parents in the sport. 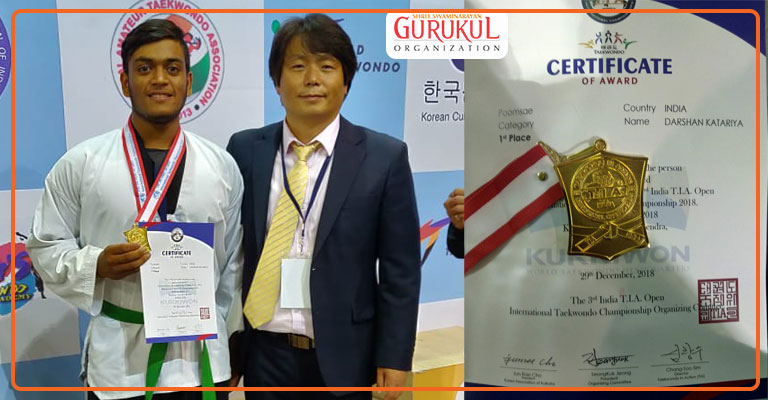 Darshan Katariya, had a big dream, a dream of winning something big for himself, for his country, a dream which came true. Darshan, says that he never failed to give up trying in his life. He was always determined in the sport of TAEKWONDO. He had the intense desire to achieve something very big in this game. ” Darshan never backed off thinking that he might lose or get demotivated by others, He always gave his best, the reason due to which, he received the fruit of his hard work and determination by winning a gold medal in the international taekwondo championship, hosted by the ITF (International Taekwondo Federation). His coach says that, he always felt that this boy had the potential to win something big in this sport “. His coach never felt that he would let him down, he always had the confidence in him that he would make him and the country proud due to his tremendous talent in TAEKWONDO. His father says that his son never used to give up. He never lost confidence in himself. His father always used to tell that he never used to break the discipline of the game. He stayed prompt in his game. The people around him also told that he was the one in their locality who was very dedicated in the matter of sport and was always updated in the matter TAEKWONDO, He knew the sport like the back of his hand. Without his hard work he wouldn’t have achieved anything out of this sport. We, at Shree Swaminarayan Gurukul Bangalore wish Darshan Katariya All the very Best for his future endeavours.