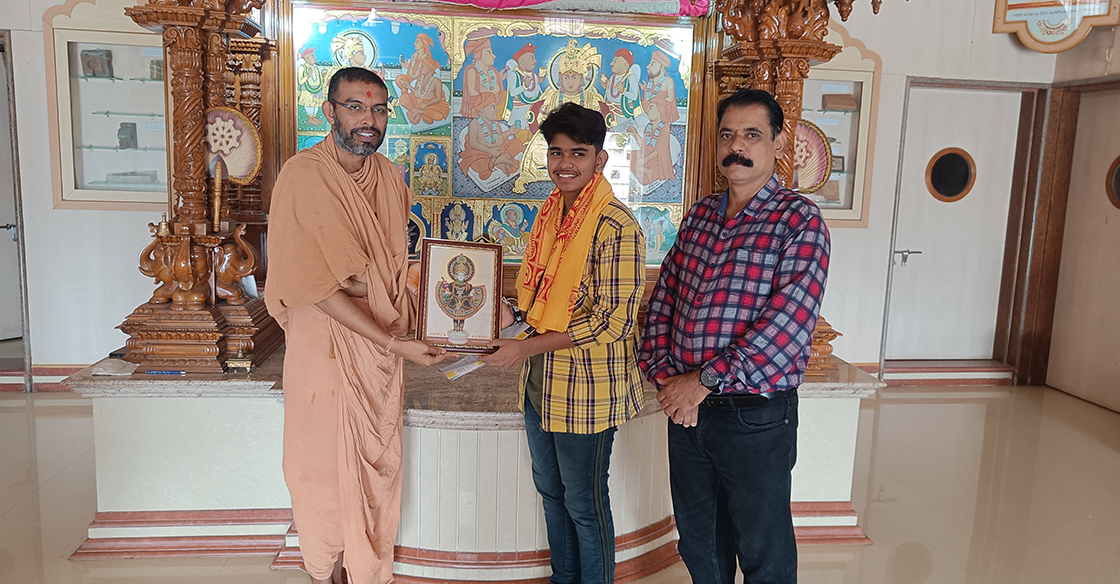 In this interactive interview between Sadhu Satsangpriydas Swami Ji and Kanishka Ravi Desai AIR 4 (All India Rank 4) ICSE (Indian Certificate of Secondary Education), where he shared his feelings about getting AIR4, which was not expected by him.

Kanishk has scored 99.2% in the grade 10 ICSE Board Examination which is probably one of his greatest achievements. Being a Gurkulite for the past 11 years Kanishk has not only learned modern education but also spiritual education which has helped him become a better human as well as helped him in his academic performance not only has he achieved an All India Rank 4 but also has come 3rd in all over Karnataka.

Kanishka advises the upcoming batches to learn from his mistakes and treat all subjects equally and not to show favoritism to any particular subject he recommends the upcoming batches to not only put effort but to plan ahead efficiently as this would not only help them in their academic life but also lead them to better humans/citizens, as an example, he also recommends to complete the syllabus two weeks prior to the examination. Making a daily timetable does not help, according to Kanishk having daily goals and trying to complete them seems a more practical and efficient way to play your day. Taking the above point into consideration one shall make goals which are practically possible to be completed within a day. Preboard examination is an exquisite way to get a rough idea of the board examination. It also helps in preparation for the board examination and builds aplomb in a student one should complete the syllabus before the pre boards and be clear with the basics. As important as it is to study, mental rest is equally necessary. Studying continuously is not efficient. Instead of this Kanishk recommends having a 5-10 min break as it is substantial during such life-changing examinations.

Kanishk aims to be a scientist at ISRO or DRDO and serve the nation. He believes having control over your thoughts is substantial to overcome the hurdles of life. We, The Gurukul family pray to Ghanshyam Maharaj for his supercalifragilisticexpialidocious future.