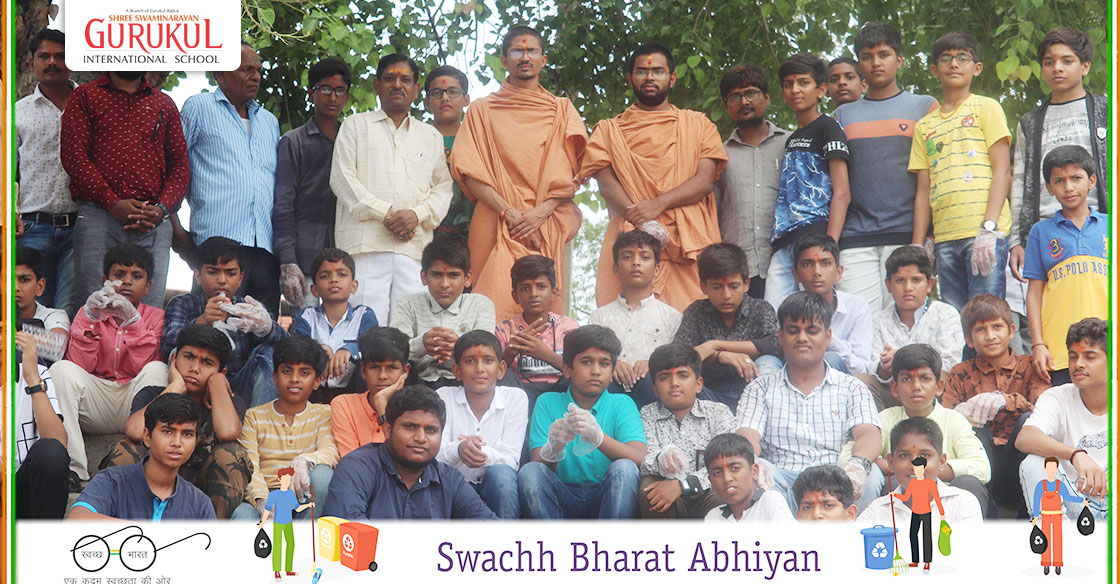 Swachh Bharat Abhiyan is started by the government to make India a completely clean India. Clean India was a dream seen by Mahatma Gandhi regarding which he once said that “Sanitation is more important than Independence”. During his time, he was well aware of the poor and dirty condition of the country that’s why he made various efforts to complete his dream however could not be successful.

According to the statistics, it has seen that a very less percentage of the total population has access to the toilets. It is a program run by the government to seriously work to fulfil the vision of the Father of Nation (Bapu) by calling people from all walks of life to make it a successful campaign globally.

This mission has to be completed by the 150th birth anniversary of Bapu (i.e. 2nd October of 2019) in the next five years (from the launch date). It is urged by the government to the people to spend at least 100 hours a year towards cleanliness in their surrounding areas or other places of India to make it a successful campaign. There are various implementation policies and mechanisms for the program including three important phases such as planning phase, implementation phase and sustainability phase. 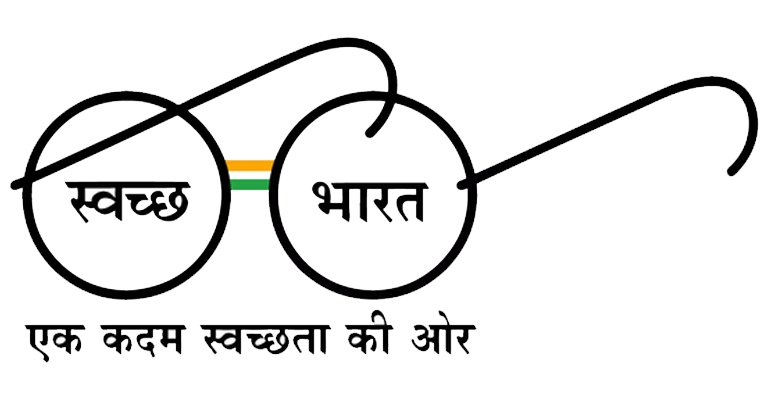 ⦁ What is Swachh Bharat Abhiyan ? :-

Swachh Bharat Abhiyan is a national cleanliness campaign established by the Government of India. This campaign is covering 4041 statutory towns in order to clean roads, streets, and infrastructure of India. It is a mass movement to create a Clean India by 2019. It is a step ahead to the ” Mahatma Gandhi’s dream of Swachh Bharat for a healthy and prosperous life “.

The first cleanliness drive (on the 25th of September 2014) of this mission was started by the Indian Prime Minister, Narendra Modi earlier to its launch. This mission has targeted to solve sanitation problems as well as better waste management all over India by creating sanitation facilities for all. 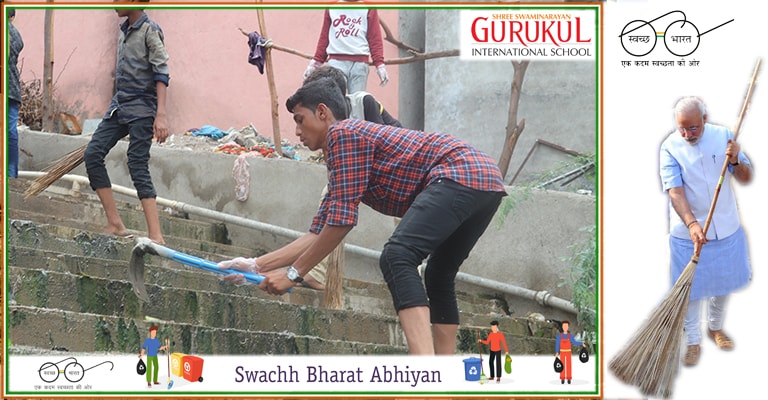 ⦁ What is the need of Swachh Bharat Abhiyan ? :-

Swachh Bharat mission is very necessary to run continuously in India until it gets its goal. It is very essential for the people in India to really get the feeling of physical, mental, social and intellectual well-being. It is to advance the living status in India in real means which can be started by bringing all over cleanliness. Below I have mentioned some points proving the urgent need of ‘Swachh Bharat Abhiyan’ in India: 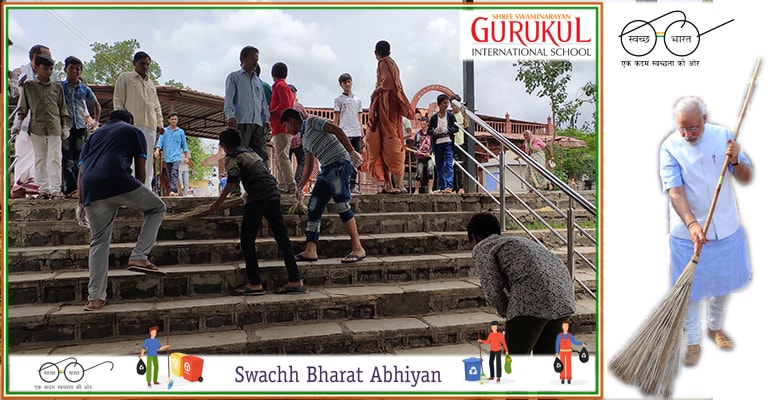 ⦁ What are the Swachh Bharat Mission in Urban Areas ? :-

The Swachh Bharat Mission of urban areas aims to cover almost 1.04 crore households in order to provide them 2.6 lakhs of public toilets, 2.5 lakhs of community toilets together with the solid waste’s management in every town. Community toilets have been planned to be built in the residential areas where the availability of individual household toilets is difficult and public toilets at designated locations including bus stations, tourist places, railway stations, markets, etc.

The cleanliness program in the urban areas (around 4,401 towns) has been planned to be completed over five years till 2019. The costs of the programs are set, like Rs. 7,366 crores on solid waste management, Rs. 1,828 crores on public awareness, Rs. 655 crores on community toilets, Rs. 4,165 crores on individual household toilets etc.

Programs that have been targeted to be completed are complete removal of open defecation, converting unsanitary toilets into flush toilets, eradicating manual scavenging, bring behavioral changes among the public, and solid waste management. 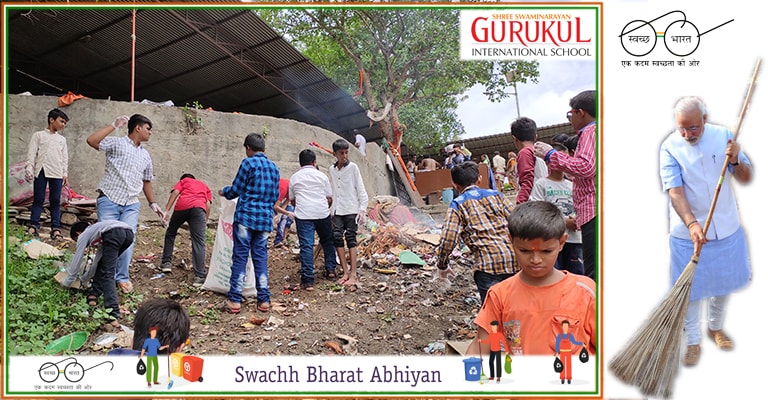 This campaign is aimed to make rural areas free from open defecation till 2019 for which the cost has been estimated to be one lakh thirty four thousand crore rupees for constructing approximately 11 crores 11 lakh toilets in the country. There is a big plan of converting waste into bio-fertilizer and useful energy forms. This mission involves the participation of gram panchayat, panchayat Samiti and Zila Parishad. Following are the objectives of the Swachh Bharat Mission (Gramin) :

⦁ What steps can be taken to improve the quality of life of people living in rural areas ? 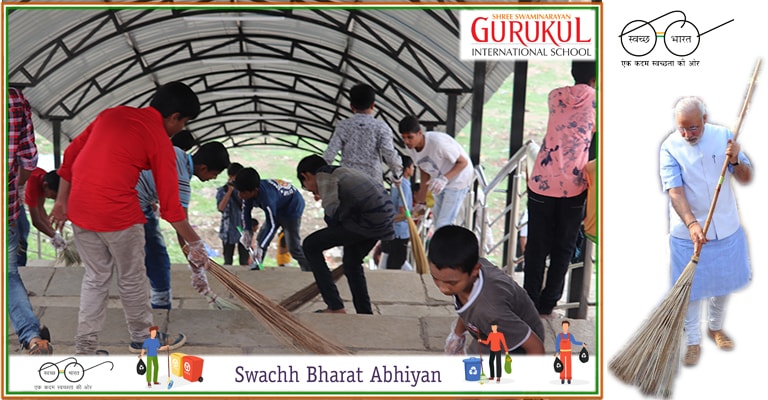 The Swachh Bharat Swachh Vidyalaya campaign is run by the Union Ministry of Human Resource Development having the objectives of cleanliness in the schools. A major program was organized under it from the 25th of September 2014 to 31st of October 2014 in the Kendriya Vidyalayas and Navodaya Vidyalaya Sangathan’s.

The cleaning of the statue in the school area, speech over the contribution of great people, essay writing competitions, debates, art, painting, film, shows, role plays related to hygiene including other many activities on cleanliness and hygiene were also conducted. It was also planned to hold a half an hour cleaning campaign in the schools twice a week involving the cleanliness activities by the teachers, students, parents, and community members.

Swachh Bharat cess is an improvement in the service tax by 0.5% on all the services in India. It was started by the Finance Ministry to collect some funds from each and every Indian citizen for the Swachh Bharat Abhiyan in order to make it a huge success. Everyone has to pay an extra 50 paise for every 100 rupees spent as a service tax for this cleanliness campaign. 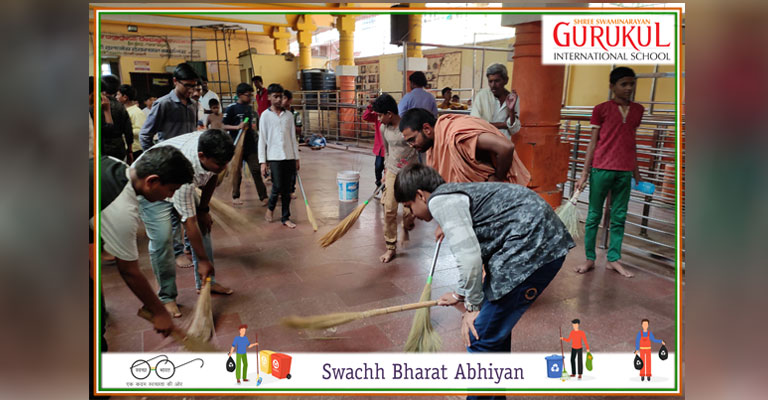 We can say Swachh Bharat Abhiyan, is a nice welcome step to make India clean and green till 2019. As we all heard about the most famous proverb that “Cleanliness is Next to Godliness”, we can surely say that Clean India Campaign (Swachh Bharat Abhiyan) will really bring godliness all over the country in few years if it is followed by the people of India in an effective manner.

So, the cleanliness activities to warm welcome the godliness have been started but it should not need to be ended if we really want godliness in our lives forever. A healthy country and a healthy society need its citizens to be healthy and clean in every walk of life.

Shree Swaminarayan Gurukul believes in transforming children, who will shape the future world. It transforms the lives of students with the unique value framework of Vidya, Sadvidya & Brahmavidya.