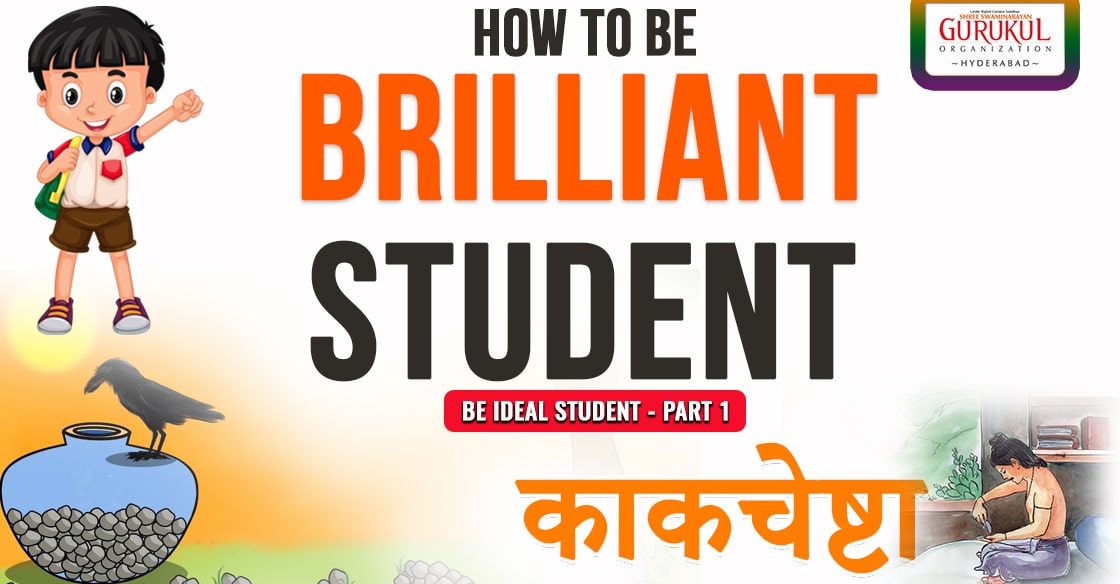 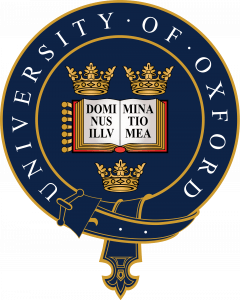 If your answer is YES, then this Blog will absolutely help you Read this Blog till the end & share this Blog with your friends, classmates so that they can also be benefited. What is the SOLUTION to these common problems of students ?

Our Scripture gives us SOLUTION to all these problems within single Sloka, which is…

These are the 5 virtues of a Vidyarthi

Who is called a Vidyarthi ?

Therefore Vidyarthi is the seeker of knowledge/skills, a learner, a student.

If you want to gain the knowledge of any subject like math, science, english, social studies or any spiritual scriptures or if you want to develop any skill in sports, in arts & craft, in Music, in leadership etc.

Then, by practicing these 5 virtues you can turn yourself from

This Shlok could be the biggest GIFT to your life !

Isn’t it surprising that in the classroom where there is the same teacher, same contents, same chapters, same teaching methods, same textbooks but even though few students are fast learners while few are average & few slow learners? Why ? What makes the difference ?

Presence of these 5 VIRTUES & absence of 5 VIRTUES makes the difference
So what is so special in these 5 qualities, which makes you ordinary to extraordinary learner ?
Let’s explore…

There is a famous Story of a thirsty crow 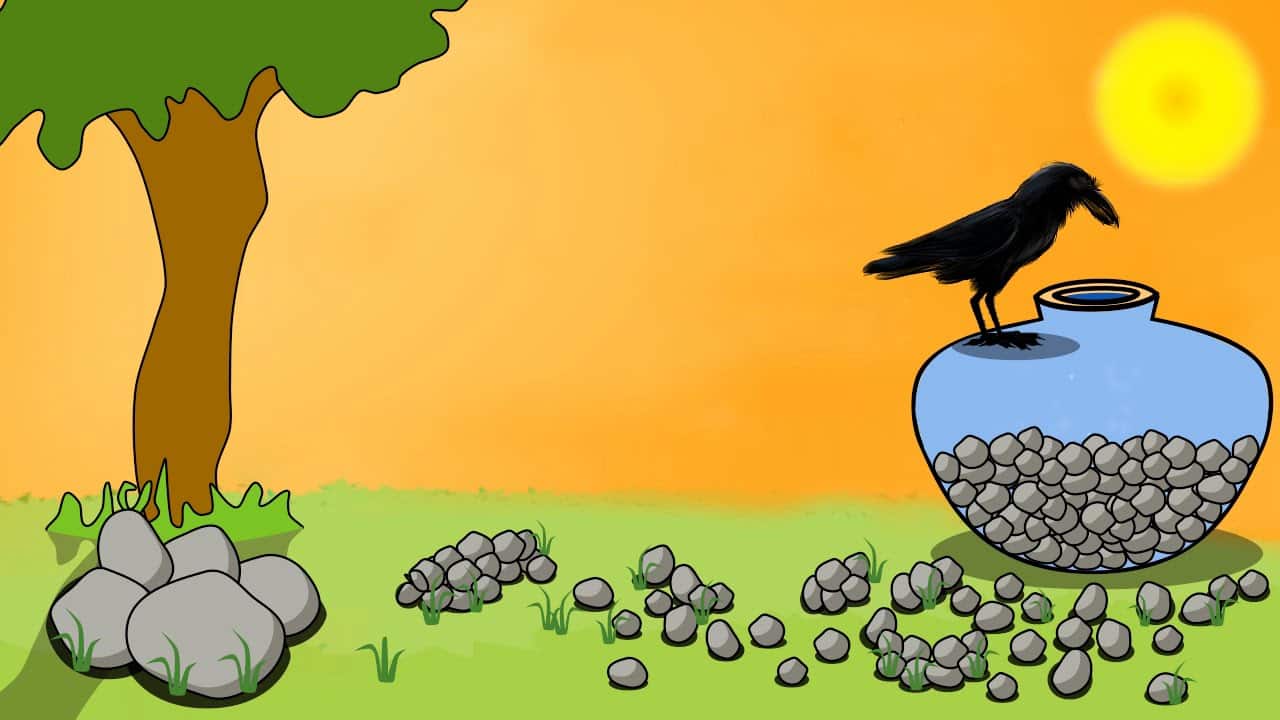 It was a hot summer’s day. A thirsty crow flew into a village in search of water. The crow flew over the houses, fields, and trees. But he didn’t find any water. After a long time, he came across a farm. Under one of the trees on the farm was a pitcher of water.

He quickly moved towards the pitcher and looked inside. There was very little water inside the pot. The crow put his beak inside the pitcher but could not reach the water. The water level was too low,The crow was disappointed. He was really thirsty and needed a drink of water badly. He could have given up and flown to another farm, looking for water.

But he didn’t. Instead, he looked around and thought, “What else can I do?”

He saw that there were a lot of pebbles on the farm. And, he had an idea! He collected a pebble and put it into the pitcher. He collected another pebble and another and put them all in the pitcher. As he added more and more stones, the water level came up to the brim. The crow drank the water happily & satisfied his thirst & flew back home happily!

What is the learning from this thirsty crow for the students ?

2 Major Learning from This Thirsty Crow

In this story Crow saw that water is so deep inside the pitcher, it was difficult to drink water but he didn’t get stuck there, he THOUGHT about the possibility that, What can I do so the water level can come up ? Similarly in the students life also we have to

Be a POSSIBILITY THINKER Not a DIFFICULTY THINKER

Possibility Mantra :
“WHAT CAN I DO”

Chant this MANTRA whenever you face difficulty When you feel difficulty to understand the sums of maths, or to understand the theory of physics & chemistry then chant this mantra “What can I do” to understand it When you face difficulty to learn any skills like english speaking, painting, music, sports etc. chant this mantra “What can I do” to learn it When you face difficulty to achieve your GOAL, always chant this mantra, “What can I do” You will see the POSSIBILITY to get it done by chanting this MANTRA
ylR-MlKn7Gw
How were you feeling while learning to ride a bicycle 1st time ? Easy or difficult ? In the same way… nothing is like easy or difficult, it’s just a matter of process from learning to mastering it Make persistent effort until you achieve Goal – NEVER GIVE UP UNTIL YOU ACHIEVE GOAL Why did Crow make the effort of bringing the pebbles & puting into the pitcher?

What was the motivation of his EFFORT ? HIS THIRST ! He made an effort because he was thirsty !

Similarly, Who can make such a persistent effort ? Somebody who is THIRSTY ! Today my question to you is that,

Are you THIRSTY of anything ?

Are you THIRSTY of Knowledge & learning ? Are you thirsty to achieve your Goal, your dreams ? If you are THIRSTY, You will become UNSTOPPABLE ! So, to make a PERSISTENT EFFORT, you must develop thirst for knowledge and learning

So, Thirsty Student can make the persistent effort

What are examples of Persistence efforts ? How can you test your Persistent effort ? Note down this golden points

These are the indicators of a persistent effort, you can pause the video & test your persistent effort
So, the Kakchesta is : Make Persistent Effort like a crow, until Goal is achieved
Anyways, the session doesn’t end here 🙂

Now, let me tell you the most inspiring & powerful LEGEND from the Upanishads There was a boy namely Panini, he was the son of Aj Rishi & Daaxi Devi In childhood, Panini was very dull boy in studies – Once an astrologer came to his house – Aj Rishi, Panini’s father asked to predict the future of Panini Seeing Panini’s right palm the astrologer said that he had no line of knowledge in his palm so he will not be knowledgeable !

It was frustrating to hear for his parents But hearing this, little boy Panini asked an astrologer that where should be the line of Knowledge in my palm ? Astrologer simply showed the place of line of knowledge on his palm Panini brought the knife & he drew the line on his palm with the sharp edge of knife & showed to astrologer that it was the line of knowledge His hand began to bleed like anything ! It was unbelievable Afterwards, Panini did lots of HARDWORK to gain knowledge

And finally with persistent effort & constant practice once a dull boy became a BRILLIANT SCHOLAR Panini became the 1st & greatest Sanskrit Grammarian ever ! The POWERFUL message from this story is that…

You only are the ARCHITECT of your DESTINY, Nobody else !

You only are RESPONSIBLE for your FUTURE, Nobody else !

Because God has given you a FREEDOM to choose your ACTIONS  And can you imagine THOUGHT PROCESS of Panini ? level of COMMITMENT & CONFIDENCE during such kind of demotivating prediction ? !! He didn’t BEND before such frustrating prediction

& many such frustrating dialogues then what would you do or what would be your thought process ?

People may demotivate you, people may criticize you but never MIND their words because they don’t know your POTENTIAL, just ignore them Our Elder Swamiji says that you are born to be great, don’t underestimate yourself I hope those who are watching this video, none of them are such dull in studies like Panini  If such a dull student can become an extraordinary scholar then why can’t you ?

If he can DO then you can TOO

If Panini can do, you can too, but it’s a matter of PERSISTENT HARDWORK
However SLOW LEARNER you are, don’t worry at all, you too can become a FAST LEARNER by PERSISTENT EFFORT & CONSTANT PRACTICE

It is said that

Bhagwan Swaminarayan also said in the Vachanamrutam,
“By PERSISTENT EFFORT & PRACTICE, nothing is impossible in the human life” one can make impossible possible”

Now onwards Whatever you learn, practice it Whatever you study, revise it
Let it be maths, science, english or you read any good book, or any skills you learn like communication skill, public speaking skill, any sports like cricket, football, basketball, any music skill like tabla, guitar, violin, painting etc, You can learn & master anything with Constant Practice, so practice whatever you learn
The FORCE behind the CONSTANT PRACTICE & PERSISTENT EFFORT is YOUR THIRST for Knowledge & learning !

If you want to become a brilliant student, extraordinary Student ?
If you want to make a difference among other students?
Then be THIRSTY to gain the Knowledge & skills & make PERSISTENT EFFORT